SAFE SEX PROMOTION TO STRETCH FROM THE CITY TO THE SEA

No, your sight isn’t failing you – it’s back!  Sydney’s 18m Giant Condom has been erected again on the Hyde Park Obelisk, promoting condom use to the loud and proud gay community during this year’s oh so fabulous Mardi Gras!

Get yourself down to Bondi Beach later this morning (who doesn’t want to start the day kicking back on Sydney’s most famous beach) to see Bondi turn pink with 1000 large condom-like pink inflatable rings being given away by hot, hunky Stay Safe campaign ‘lifesavers’.

What better time than Mardi Gras, to remind us that using condoms remains one of the most effective ways to stop the transmission of HIV.

“Every year around 80% of HIV transmissions in NSW are among men who have sex with men, so it’s vital that we use opportunities like Mardi Gras to remind gay men about the health benefits of using condoms,” says Nicolas Parkhill, ACON CEO.

The Bondi Beach event is all about promoting the idea of ‘protection’ – when you go to the beach you need protection, protection from the sun and protection in the water. Sex is no different.  Reduce the risk, stay safe and protect yourself from HIV by using condoms. 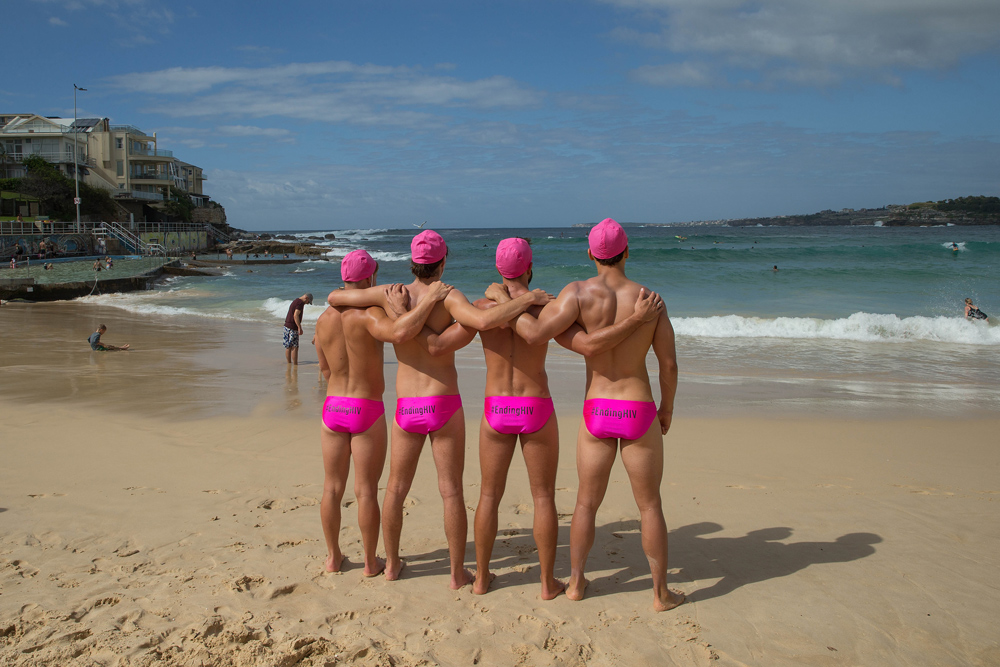 SNAP, UPLOAD AND WIN WITH #ENDINGHIV

While you’re at Bondi, why not enter in our photo competition to win some fab prizes?  Simply submit a photo of you and one of the pink inflatable rings for your chance to win a ticket to the Mardi Gras Main Party. Consolation prizes include a one year subscription to DNA magazine and a $50 voucher for teamm8.

How to pick the perfect condom

Condoms have been around for a while and we have moved far and beyond early condom ‘technology’, which included the likes of linen sheaths, animal…

See More
Lymphogranuloma Venereum (LGV) – What is that?

What to know about LGV and what to do if you have it.

This article is also available in Simplified Chinese and Thai. While most people’s bodies tolerate PrEP (pre-exposure prophylaxis) well, like all medications it can have…

See More
Is PrEP for you?

PrEP is now available on the Pharmaceutical Benefits Scheme (PBS), which means it’s now easier than ever to get your hands on this amazing little…

See More
Being PrEP-ared with PrEP

In order to reduce the risk of HIV, we all need to explore and choose the method that works for us and our lifestyle. Some…