ACON Tradies are a new slant on an initiative that’s as old as the HIV epidemic. Back in the darkest days of AIDS, when condoms were literally the difference between life and death, ACON organised a group of volunteers called the “Safe Sex Sluts”. The Sluts, as they were affectionately known, dressed in distinctive and often quite sparkly sashes were a fixture at all major gay events for well over 20 years, distributing safe sex packs. In fact by the time we refreshed the concept in 2012 the sluts had racked up nearly 1 million condom and lube giveaways. 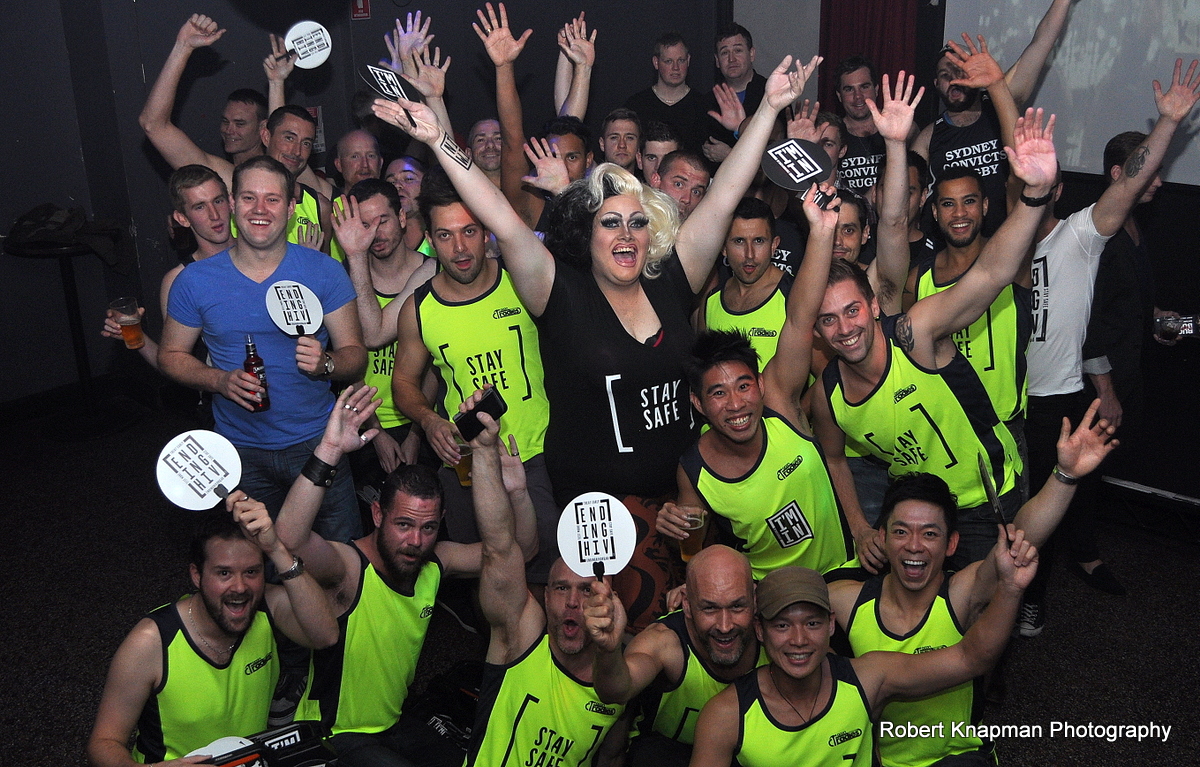 So, enter, the Tradies – at Fair Day 2013 – wearing high viz singlets, footy shorts and work boots. They were an instant hit and of course continue the tradition of the Sluts by handing out safe packs and helping to educate gay guys about the continuing importance of condoms as the primary defence against HIV transmission.

The Tradies have worked closely with our friends from the local gay sporting teams the Convicts, Rangers and Freezoners (Rugby, soccer and Volleyball) but any gay guy can become a Tradie by contacting ACON, check out the flyer below.

This year the Tradies will make appearances up and down Oxford Street when ACON launches new platforms or campaigns, at Coast Out in Coffs Harbour, Tropical Fruits in Lismore, and at all of the big gay events around Mardi Gras in Sydney.

If you see us when you are out and about come up and have a chat!

That moment of experiencing your first crush is often referred to as a sexual awakening; a euphoric feeling of desire and wanting to be intimate…

See More
All About Testing For Syphilis

HIV treatment is always evolving. At the moment, many guys in NSW are accessing free and effective oral treatments that can be as simple as one…

See More
Why I now get tested for STIs

This article is also available in Simplified Chinese. “Hi, your STI test results have returned NEGATIVE.” I have received my result from the sexual health clinic…

See More
How I get tested for HIV for free

This article is also available in Simplified Chinese. Starting life in a new country isn’t easy. Everything is different to what we’re used to. From renting…