We’ve all seen them. Tap a hook-up app on your trusty batphone and after scrolling through the reams of headless torsos, beach selfies and duck faces we alight on the one that catches our fancy. After the initial scintillating conversation (“Hey.” “Hey.” “How RU?” “Fine thanks.”) we settle down into the online courting dance. It’s going well, until the next message pings up;

Someone new to the online pool would be forgiven for thinking the questioner was enquiring if you’d given your bits a good going over with Dove that morning in the shower. But this query, and others like it, are often a not-so-subtle coded ask as to know if you don’t have any STI’s, namely HIV. If you are indeed HIV-positive, the implication is that ‘UR’ not ‘clean’, and for those who may be uninformed or may not realise the true weight of this seemingly simple phrase, it can be emotionally harmful and stigmatising. 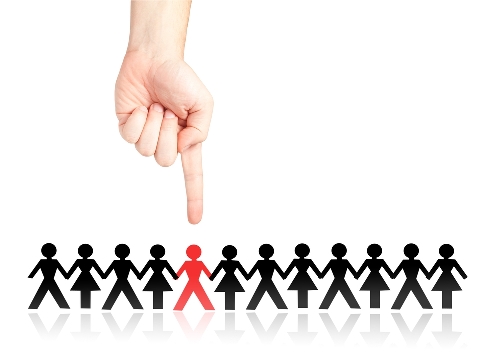 HIV stigma encompasses the fear, prejudice, and discrimination directed towards people living with HIV. It has its roots in the earliest days of the pandemic, when the initial fearful response to HIV and AIDS garnered a hysterical belief that people with the virus were contagious, ‘unclean’, or that their status was indicative of an unsavoury lifestyle.

Despite such ill-informed hooey being long-disproven, HIV stigma persists today and HIV-positive people invariably encounter it. Not only can it have negative impact on someone’s health and wellbeing, it presents challenges in preventing HIV transmission on a larger scale. The anxiety of being subjected to HIV stigma may lead to avoidance of being tested, preventing taking ownership of sexual health and potentially limiting opportunities for early treatment management. Some may even avoid engaging with medical or healthcare providers for fear of judgement or hostility from such services.

No one likes to be turned down or turned away, but the fear of being rejected can often lead to avoiding disclosure of HIV status or even negotiation of safe sex practices. Others may choose not to seek out support from friends or family for the same reasons, creating a sense of isolation that may demotivate them to maintain their health.

Then there is the belief that the best way to deal with a stigma-associated subject…is to not talk about it at all.

While it is a given that HIV treatment and prevention should be a logical part of effective community health education and support, some businesses, religious groups and educational institutions can be pretty reticent about discussing such matters. Not only does this prevent vital information from being distributed, but such attitudes can also perpetuate the opinion that HIV is something to be ashamed of and feared.

There’s also the stigma from one’s own community. The availability of PrEP now means that many gay men can take control of their sexual health, but some on the medication have reported being on the receiving end of disdain from friends and peers, implying that their choice will lead to reckless promiscuity or that they will lead the type of ‘lifestyle’ gay men were accused of when HIV first made its mark.

Thankfully, it can stop with you. Acknowledgement of HIV stigma is the first step in addressing and eradicating it, with many initiatives and campaigns such as the Stigma Project and HIV Equal taking it on. There’s even handy guides that you can tuck in your wallet (next to the condoms) to help you along. 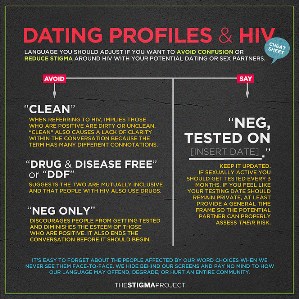 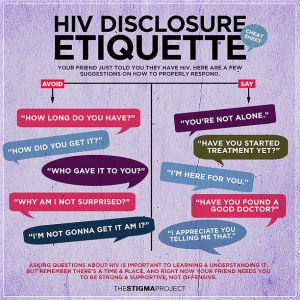 Living with HIV can be a tricky path to navigate at the best of times, and no one — even inadvertently — wishes to make things more difficult through ill-informed attitudes or language. But armed with a little knowledge and empathy, it’s indeed possible to promote respect, wellbeing, and understanding, as well as bin the nastiness of HIV stigma for good. And there’s nothing more nice and clean than that.

Find out more about HIV stigma

Regular Testing For Guys Who Have Lots Of Gay Sex …More hook-ups? More tests. HIV notifications for young guys in NSW are on the rise.…