PrEP is a HIV prevention method in which people who do not have HIV take a pill daily to reduce their risk of becoming HIV infected. Across the US, PrEP is being taken up as another tool to combat HIV transmission and it is being talked about everywhere.

A number of campaigns have been running in the US championing PrEP as another strategy to protect at-risk communities from contracting the virus, and the creative executions being used are striking.

‘SWALLOW THIS’ is a campaign put together by Harlem United, a community health centre in New York that provides support for those with HIV. The campaign pictured below asks viewers whether the drug is for them, and leads with the challenging statement ‘swallow this’. 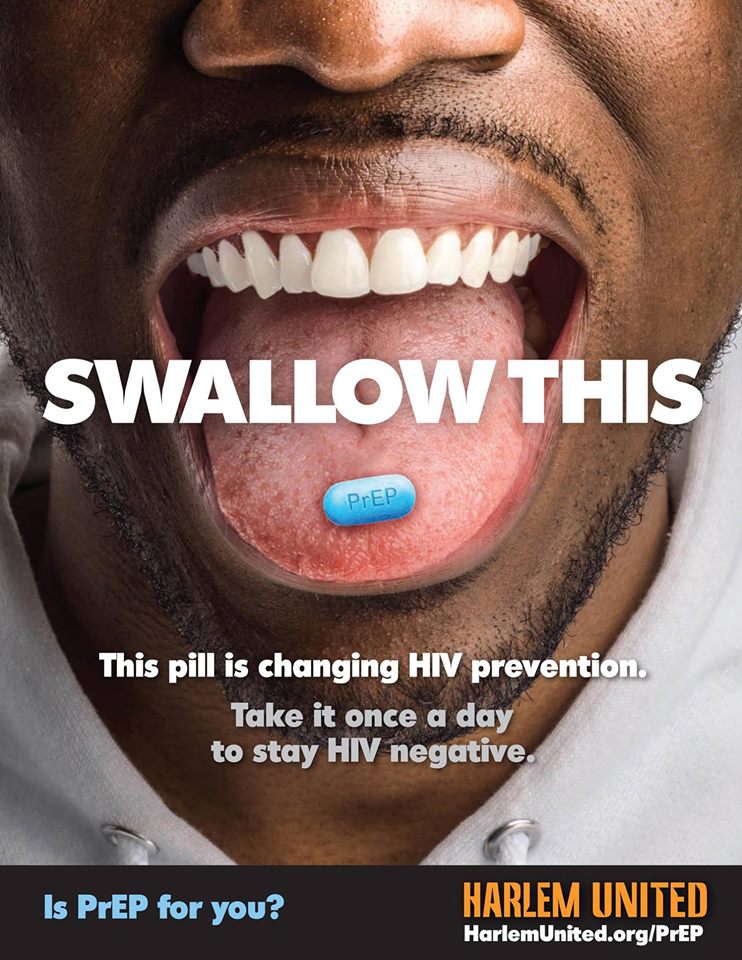 Prepforsex.org is an initiative run by New York State Department of Health with the message: “HIV prevention just got easier”, focusing on the benefits and simplicity of taking a single pill a day to reduce your chance of contracting HIV if you are HIV negative. The website itself has useful information about what PrEP is and how you can access it in the US.

HIV Equal is an ongoing online multimedia campaign platform run from the US which promotes HIV prevention and wellbeing. Their latest video #Free2Love talks about inconsistent condom usage by gay men in the bedroom; “the majority of gay men do not use condoms 100% of the time” and suggests PrEP as a further HIV preventive measure, to leave gay men #Free2Love.

Across the world, many of us have felt the impact of HIV in one way or another. While numbers can sometimes strip away the lived…

It’s fair to say that in NSW we’ve seen a dramatic transformation within the HIV landscape in the last decade. As we’ve reached the 2020…

See More
Red Friday is coming! What will you be doing?

See More
Ending HIV In NSW? We Can!

As another Mardi Gras rolls around, the tell-tale signs of gay Christmas are in the air. An above average amount of glitter begins to populate…

See More
We Can

Ending HIV transmission is possible if we test often, treat early and stay safe We are all different – we wear different clothes, we like…

It’s who we are, it’s what we do. Test for HIV and STIs at least twice a year. To coincide with this year’s World AIDS…