We queers are good at communicating. Hell, sometimes we don’t even need words. With just a subtle look or a nod of the head, we can telegraph our intentions towards a hot guy. Or put a particular-coloured hanky in a particular back pocket. But to create a completely gay language takes a fair bit of flair.

Though gay folks often are the first to create or latch onto a new buzzword, slang or saying (yeah, we’re on fleek that way), there are numerous examples around the world of LGBTI communities constructing and speaking a language all their own. But for the most part, it was more a method of safe communication during less enlightened times than anything to do with being cutting edge.

Coded languages, known in linguistics studies as cant or argot, are specifically created and used to be understood only by a certain group at the exclusion of others. In some societies, it was a great way for criminals and thieves to secretly state their plans and intentions without being discovered, so it became a handy method for gay men to identify and communicate with each other in times and places when same-sex relations were frowned upon. Or even illegal.

In England from around the ‘30s onwards, queer folks used a cant called polari , a crazed jumble of Yiddish, Italian, Romani, Cockney and other languages originally spoken among felons, carnival workers and seamen. To gays, it was a great way to gossip. To outsiders, it was akin to hearing someone speak Martian. 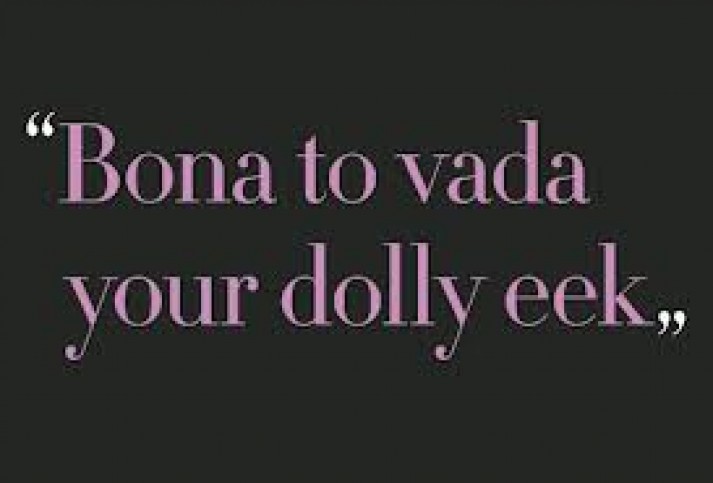 Though not widely known in Australia, polari continued to be a popular method of chat for our Pom brothers. The mainstream finally cottoned on to its meanings through the then-wildly popular BBC radio show Round The Horne, which featured two theatrical ‘friends’ called Julian and Sandy who spoke primarily in polari.

With homosexuality eventually decriminalised and the gay rights movement gaining traction by the end of the ‘60s, gays saw no need to communicate in code, and so the dialect soon disappeared. But some of the terms still live on – next time you go all dizzy and drop your strides for that bit of rough trade with the nice bod, you might be surprised to know that you’re speaking polari.

How does gay slang differ around the world?

Gays in other countries would also use coded languages for similar reasons of protection and identification. In South Africa, gays would chat in their own version of polari (known somewhat appropriately as ‘Gayle’), while in the Philippines gay men would converse in a merry mix of Tagalog, English, Spanish, and Japanese called ‘Swardspeak’.

Towards the end of the 20th century, a new type of language evolved when gays began to expand their horizons to the online realm. Chatrooms abounded with a mass of acronyms that, like polari, was a mongrel language of established shorthand references (‘ASAP’), the kind of code that you would see used in the classifieds (‘GAM’, ‘LDR’ etc.), and the inevitable queer-specific abbreviations such as BP (‘Bitch, Please’).

Even dialogue on sexual health status (‘+ve’ or ‘-ve’) could be conveyed in a straightforward way, bringing HIV awareness to the information superhighway. Though never a verbal language, it’s a code that’s translated well to online hookup sites and apps, especially if you’re a DTE VGL VWE guy DTF. 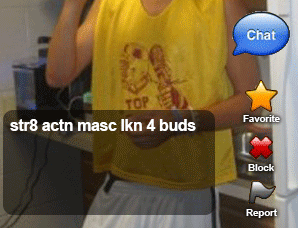 For most Western-based queer folks, progress in civil rights and equality has meant that — thankfully — it’s no longer a necessity to speak in code. But the vast reach of today’s media ensures that our particular linguistic quirks, gay slang and sayings quickly enter the vernacular and become widely used. Yaaaaassss…

The wonderful thing about gay slang language (slanguage?) is that it’s constantly evolving and we always have some new to learn. So tell us. What are your favourite words or phrases? Make sure they’re rainbowlicious.

PrEP recommended to be listed on the Pharmaceutical Benefits Scheme (PBS)

See More
All you need to know about testing for STIs

You might agree with me when I say that the word ‘testing’ is not synonymous with the word ‘fun’.  Testing might evoke memories of flunking…

See More
Santa baby: what are you wearing this Christmas?

The Christmas season is upon us! What will you be wearing?

See More
PrEP In The Wild

The past several years has seen pre-exposure prophylaxis (PrEP) treatments becoming a highly effective method of HIV prevention. However, some external factors like bureaucracy…

Keith Haring’s body of work wasn’t all just dancing figures and ‘radiant babies’. For many he also brought gay art and safe sex onto the…