HIV (human immunodeficiency virus) is a virus, also known as a retrovirus. As the name suggests, it is a virus that attacks the body’s natural immune system.

Unlike other viruses like influenza or the common cold that stays in the body for a short time, HIV remains in the human system permanently. HIV and AIDS became a major public health concern in the ‘80s, though it is believed to have existed for a long time before that.

How is HIV transmitted?

HIV can be transmitted through blood, breast milk, semen or vaginal fluids of people living with HIV who have not suppressed HIV through effective treatment. Most people acquire HIV through unprotected sex with another person, though it can also be contracted through other methods such as sharing drug needles.

HIV is extremely vulnerable outside the body and cannot be acquired through physical contact such as kissing. Oral sex carries an extremely low risk of transmitting or acquiring HIV.

HIV transmission through sex can be prevented by using condoms and other safe sex practices. Using clean needles, as well as not sharing needles, is also an effective method of preventing HIV transmission. 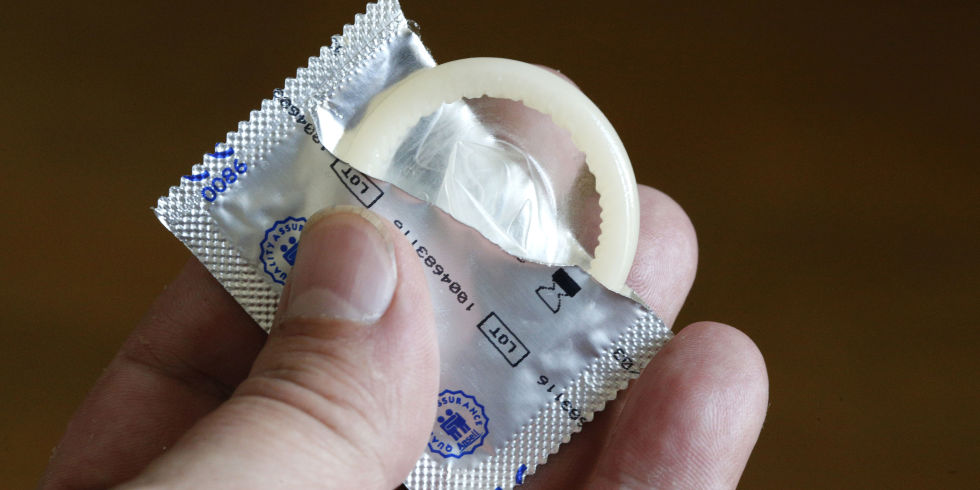 A more recent method of HIV prevention is pre-exposure prophylaxis (known as PrEP). This takes the form of a once-a-day prescription pill which stops transmission of the virus. It’s important to remember, though, that PrEP doesn’t prevent the transmission of other STIs.

If someone is inadvertently exposed to HIV, post-exposure prophylaxis treatments (known as PEP) can be taken to reduce the risk of it establishing an infection. This is a month-long course of drugs designed to protect the body from HIV infection. The medication must be commenced within 72 hours of the exposure event. 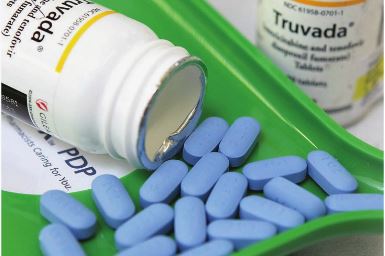 Early signs and symptoms of HIV

When someone becomes HIV positive — a process called seroconversion — they may experience a series of ‘flu-like’ symptoms such as:

These symptoms can last anywhere from a few days to several weeks, while some people may not experience any symptoms of HIV at all.

The amount of HIV in the body is known as viral load, and can also be measured by blood tests. If someone’s viral load is high, the likelihood of passing on HIV to another person via these methods is greater. A viral load can also be so low as to be considered undetectable, which reduces this likelihood. Viral load can be very high in the weeks following initial transmission which is why getting on treatment early is crucial. In addition when on treatment a person can gain a sustained undetectable viral load (UVL), which means there is no risk of transmitting HIV on to their partners.

How do I know if I have HIV?

The only way to know for sure if you have HIV is to get tested. HIV and STI testing is available free of charge at many sexual health clinics. In many cases HIV testing is free and you don’t need a Medicare card. You can find your nearest testing site in NSW here.

How does HIV affect the body?

HIV attacks the immune system by infecting and killing the body’s white blood cells that help fend off infections in the body. These cells are also called CD4 lymphocytes or ‘T cells’. 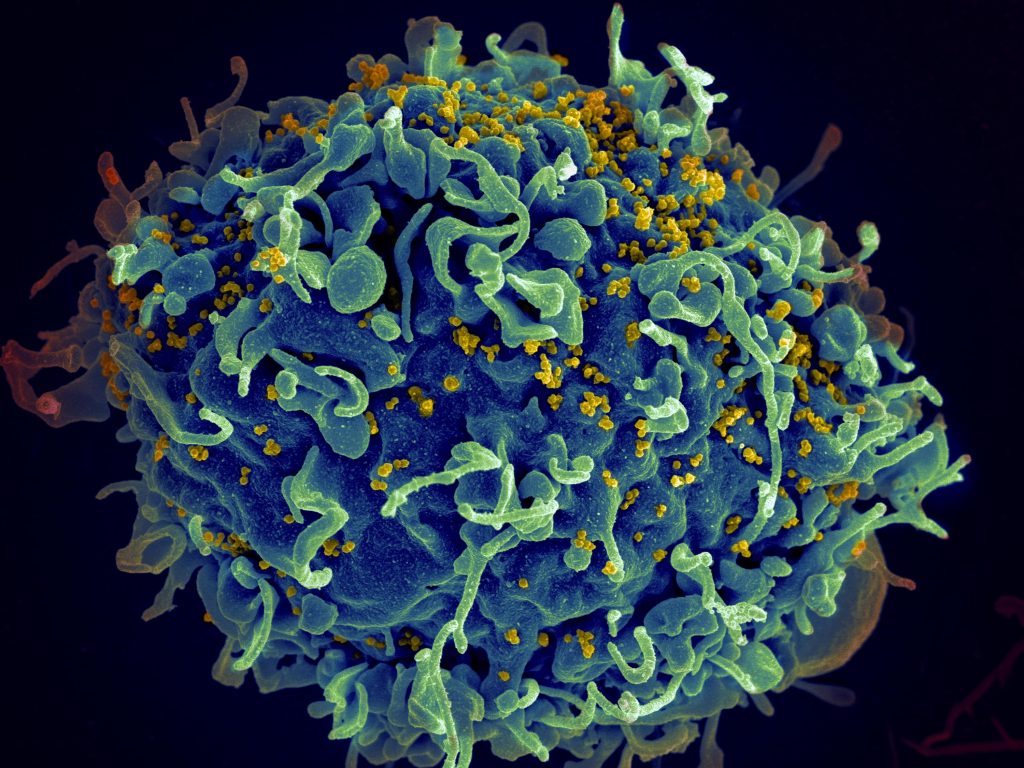 Image of a T cell (blue) under attack from HIV (yellow). Pic: National Institute of Health

The amount of CD4 cells in the body is known as a ‘count’. In a healthy person, this count can be anywhere between 600 and 1,200. HIV can reduce this number greatly.

If too many white blood cells are destroyed, this ‘count’ can become very low. When this happens, the body can no longer defend itself effectively and can become ill from infections that a healthy immune system would easily combat. These are called opportunistic infections.

What is the difference between HIV and AIDS?

When a person has one of these opportunistic infections due to a low cell count, they are said to have the condition known as AIDS (Acquired Immune Deficiency Syndrome). This is a condition in which the immune system is unable to respond effectively to a range of infections or cancers.

If someone receives no treatment for HIV they can develop AIDS, which can be often fatal. The period between HIV infection and AIDS varies greatly between people — some progress very rapidly within a couple of years, while others may live for many more years. Most people, however, will progress to severe immunodeficiency within 10 to 12 years if treatment is not received.

HIV infection lasts for life and a treatment to totally eradicate it from the body has not yet been developed. However, the good news is that there is effective treatment that controls HIV, restores immune functioning and prevents it from progressing to AIDS.

If you would like to find out more about what is HIV and how you can prevent it, there are many resources available to assist you. Find out more here.

There is a lot of misinformation out there when it comes to HIV, both with how it’s transmitted and what it’s like living with HIV…

See More
HIV in Australia: the books behind the HIV/AIDS epidemic

Looking for a new book to add to the reading pile? Why not pick up Nick Cook’s Fighting For Our Lives, which tells the inspiring…

See More
HIV Treatment – what are my options?

If you have recently been diagnosed with HIV, a lot of questions, concerns and fears can go through your mind. Let’s take a look at…

See More
Hoofing it in support of HIV

A committed group are hitting the road to raise awareness for people with HIV. And they need your help to spread the word.