Ah, comics. As kids, adolescents and adults, we loved reading the adventures featuring our favourite heroes. They were faster than a speeding bullet, more powerful that a locomotive. And straight. 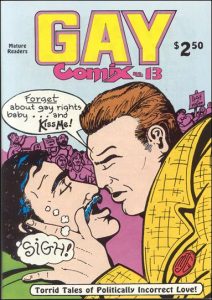 In the mainstream, using comics to deal with contemporary topics and issues was — and is — nothing new. Over the years, some of the most iconic titles have helped teach its readers about the dangers of drug addiction, sexual assault, and…um, asthma. 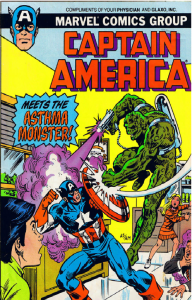 So when HIV/AIDS finally became a strong social concern outside of gay communities, your favourites were inevitably drafted into action to demystify and educate the reader via one-off public service announcements. Though often as twee as hell – and the 80s fashion sure didn’t help — nowadays they give a sobering insight into the ill-informed hysteria that accompanied the pandemic at that time.

One of the first times the subject became part of an actual narrative in commercial comics was in 1992 when the Marvel superhero Northstar rescued and adopted a baby with HIV/AIDS. The storyline was also pivotal due to the character finally stating he was gay (though it had been implied for years, mostly through his apparent disinterest in women and by being a bit of a bitch), and by his becoming a prominent activist in the battle against HIV. 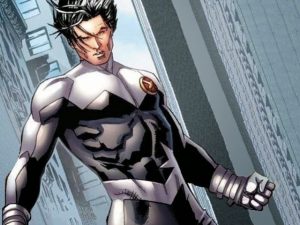 Nowadays the Marvel universe is one big dance party, with various spandexed individuals coming out of the closet in a single bound and supplying endless inspiration for Halloween and Mardi Gras costumes. Northstar married his same-sex partner and became a mentor to other new GLBTI-identifying superhumans. Even some old favourites are being retconned as same-sex attracted. Iceman, who had been an original X-Men member since the series premiere in 1963, has come out to widespread acceptance and hit the bars, where his ability to generate intense cold will no doubt be handy when keeping his mojitos chilled.

The Marvel universe even had its own version of HIV in the form of the Legacy Virus, which attacked superhumans and eventually non-powered people in an unsubtle mirroring of HIV, right down to symptoms of immunity breakdown and lesions. It allowed writers to highlight the battles and stigma faced by people living with HIV in reality, though the disease was eventually cured in the fictional comic world.

In the new millennium, the topic of HIV has once again resurfaced in both the major and independent publications. And to the credit of artists and writers, it has mostly been addressed honestly and sensitively. The character at the forefront of this rendering is Mia Dearden, known by her alter ego of Speedy, archer extraordinaire and sidekick to DC comics iconic superhero Green Arrow.

Speedy seroconverted during a harrowing adolescence of drug addiction and prostitution, and in her crimefighting capacity, maintains her health by adhering to her antiretroviral therapy — like any superhero would.

Though past attempts by some comics to educate and inform on social issues have bordered on, well, comical, DC’s rendering of their first major character living with HIV has been nothing short of inspiring. In a groundbreaking step, artists and writers even outlined her drug regimen and best approaches to health maintenance for the benefit of the readership. When Speedy joined the Teen Titans superhero group, she disclosed her status to the rest of her teammates, who accepted it without question and offered support.

As comics continue their evolution from kiddie distractors to legitimate adult literature, the characters continue to evolve as well. So it’s probably inevitable that one day you can walk into your local comic kingdom and buy the latest issue featuring your favourite extraterrestrial energy-manipulating genderfluid superhero.

Oh, wait. You already can.

There is a lot of misinformation out there when it comes to HIV, both with how it’s transmitted and what it’s like living with HIV…

See More
HIV in Australia: the books behind the HIV/AIDS epidemic

Looking for a new book to add to the reading pile? Why not pick up Nick Cook’s Fighting For Our Lives, which tells the inspiring…

See More
HIV Treatment – what are my options?

If you have recently been diagnosed with HIV, a lot of questions, concerns and fears can go through your mind. Let’s take a look at…

See More
What is HIV? The Basics

HIV (human immunodeficiency virus) is a virus, also known as a retrovirus. As the name suggests, it is a virus that attacks the body’s natural…

See More
Hoofing it in support of HIV

A committed group are hitting the road to raise awareness for people with HIV. And they need your help to spread the word.